Austria was once dubbed “the ashtray of Europe” but has finally banned smoking in restaurants, bars and cafes.

The decision came after years of controversy. Austria had been on the verge of bringing in a total ban last year, but the plans were overturned because of pressure from the far-right Freedom Party, which was part of the last government.

But after the fall of the coalition in May, the ban was reintroduced and came into force on 1 November.

Some restaurants and cafes went non-smoking several years ago, but others allowed smoking until the last possible minute.

How are they dealing with the change?

Wratschko is something of a Vienna institution. A pub with venerable wooden panelling and worn, ancient wallpaper, it serves deeply traditional Viennese food.

And until a few weeks ago, it would have been full of cigarette smoke. Customers wishing to eat in the non-smoking area at the back had to walk through the smoky bar to get there.

Its owner, Clemens Wratschko, says the atmosphere has improved and it is better for his staff as well. 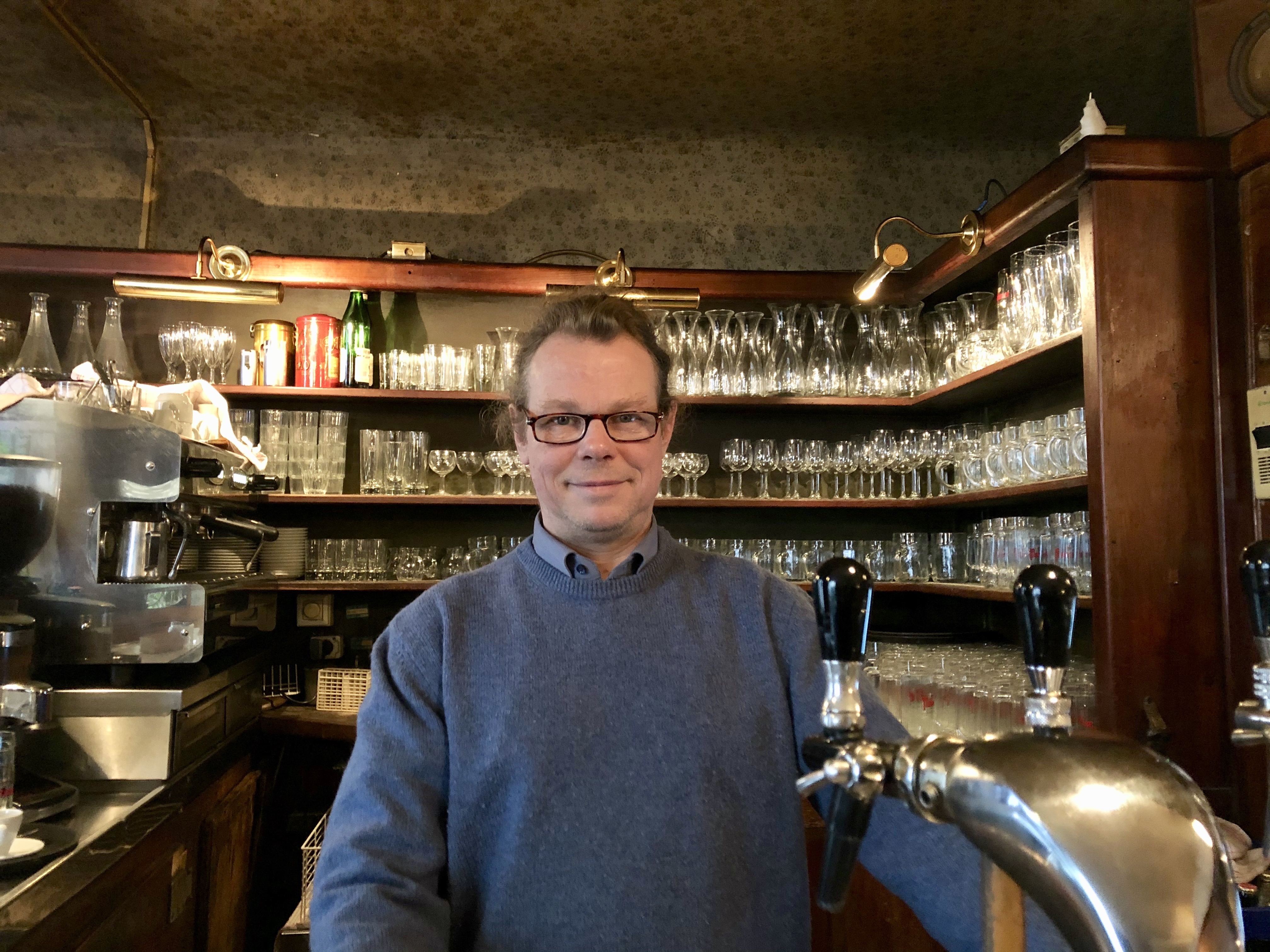 The smell in the restaurant is much better, because now you just smell the soup coming out of the kitchen, and the food. And that is not going to be overwhelmed by the smoke

“My employees are nearly all smokers and I told them you will be glad because you will have no more passive smoke; you’ll smoke much less than before and the next day you will feel fresher than before.”

Some bars and nightclubs have complained that fewer customers are coming since the ban and that they have lost between 15% and 25% of turnover. But Clemens Wratschko says he hasn’t noticed any drop in numbers.

He thinks people will come back to the night clubs, like they did in France, Italy and other countries which have introduced smoking bans.

Down the road at Café Rüdigerhof, I met Ricci, who has been a waiter for 25 years. He says that after spending a few days away in protest, all his regular guests have now returned, despite the ban, and they are now smoking less. 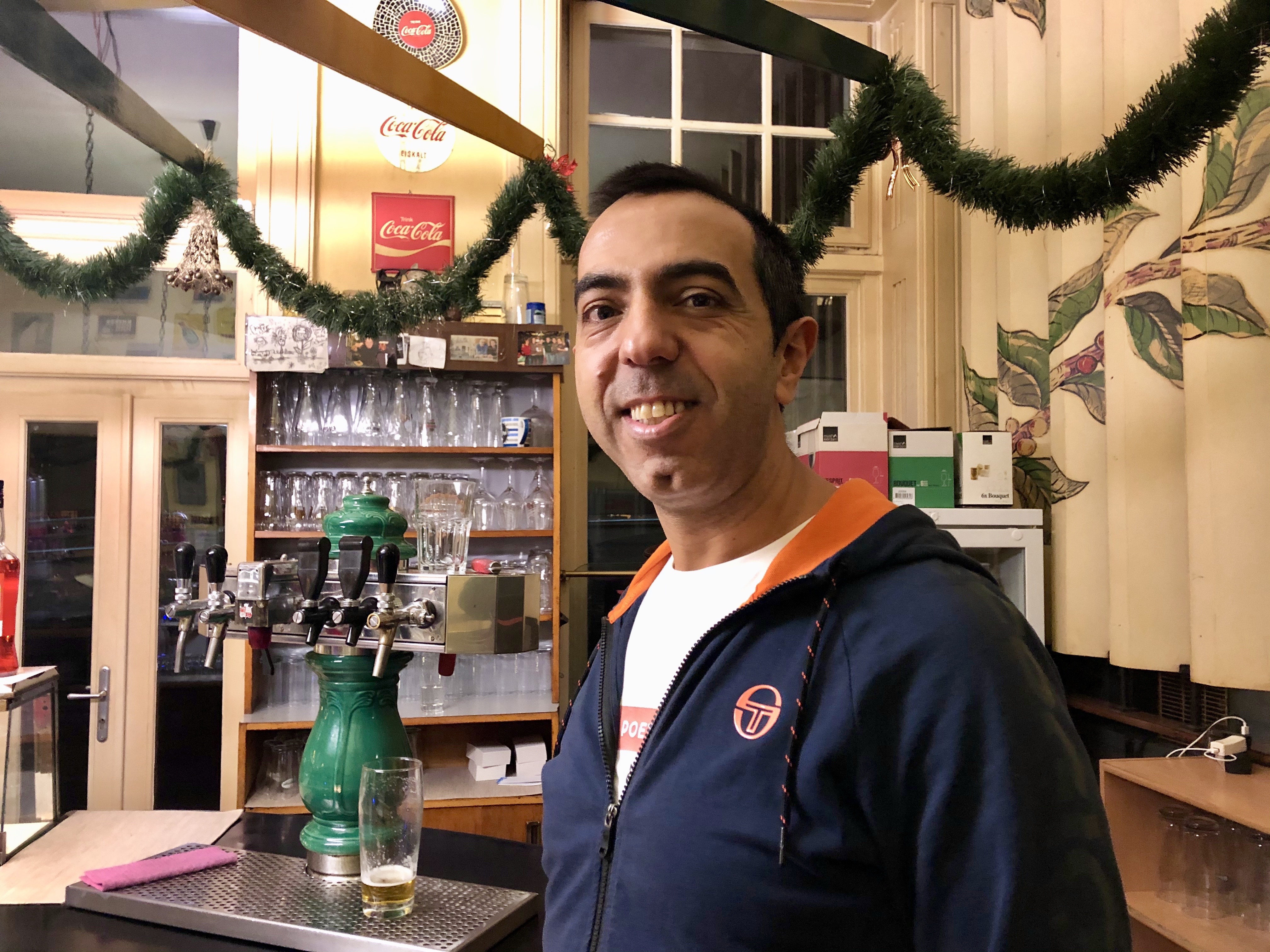 Of course it is better for me and my work. We used to have to work in the smoking area. But it’s much better. I can breathe much better

Ricci says he is very pleased about the ban. “Of course it is better for me and my work. We used to have to work in the smoking area. But it’s much better. I can breathe much better.”

However, Clemens Wratschko, himself a smoker, admits to a certain nostalgia for the smoky old days.

“Maybe I am a bit sentimental. In my pub, you had the very old rooms at the front, with the bar, with the taste of smoke and alcohol. And then you had the Speiseraum or eating room, with a little more of a distinguished atmosphere.”

But he says the smoking ban brings in new qualities.

“We have better air. The clothes smell better the next day. And we feel a bit healthier, a bit less of a headache.”

What public reaction has there been?

In general the ban seems to be holding in Vienna.

Figures from mid-November say that inspectors carried out more than 2,000 checks of restaurants and reported 27 breaches of the ban.

Shisha bars are currently taking legal steps to try to get an exception for their businesses.

A survey by an Austrian news magazine suggests that most Austrians are in favour of the ban.

But last month, around 700 people protested against it in front of the Federal Chancellery. The demonstration was attended by the disgraced former head of the far-right Freedom Party, Heinz-Christian Strache.

How smoking bans have spread in Europe