Love Island’s Gabby Allen has threatened to “name and shame” trolls who are sending her abuse for dating fellow contestant Marcel Somerville.

The reality star says she’s “absolutely horrified at the amount of disgusting racial abuse” she gets because of the relationship.

She shared some examples of messages she’s received on social media.

She’s been called “dirty” and told she is “committing genocide against your own race”. 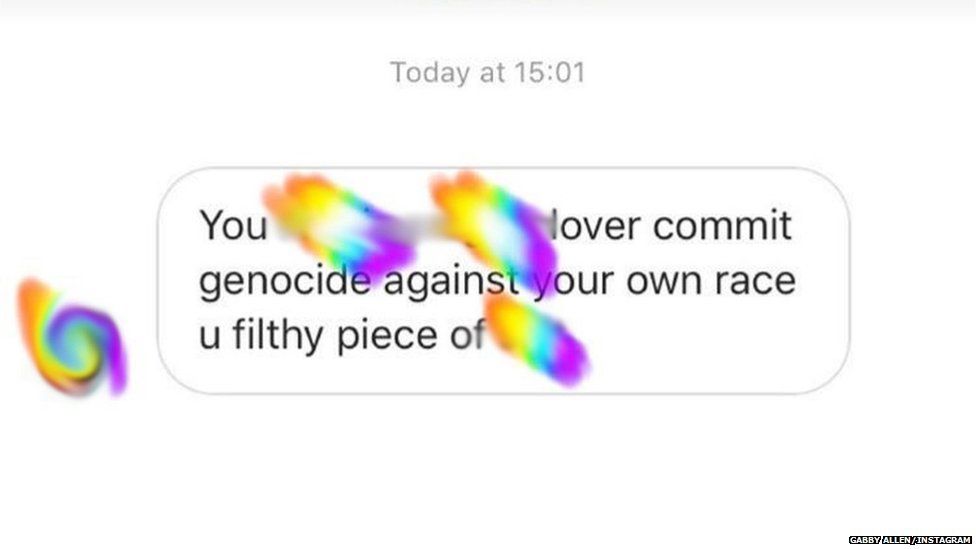 In a series of videos on her Instagram Story, Gabby says the abuse “breaks my heart”.

“It is completely unacceptable and to know that this still goes on in 2017”.

She adds: “I’ve grown up in multicultural and LGBTQIA environments all my life.

“To know that this is still a thing… I’m mind blown.”

She also shared screenshots of some of the messages she’s received from trolls online.

So far, she has decided to cover up the names of the trolls – but says that might change.

“Hopefully it doesn’t, but if it still continues, I’ll have no choice but to publicly name and shame every single one of you.”

Marcel has not commented on the racial abuse.

If you are affected by issues in this article go to the BBC Advice page. 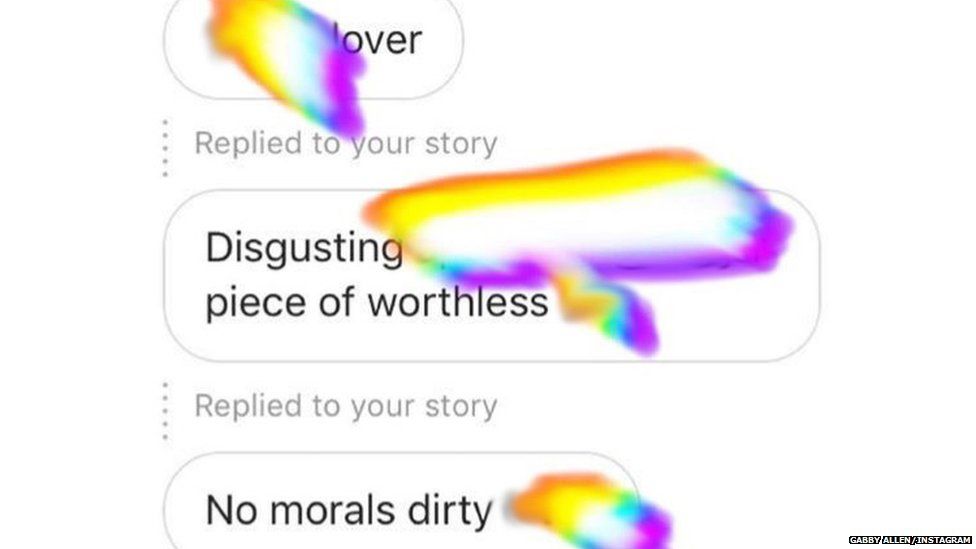 Coronavirus: Southbank Centre could be closed until 2021