If you’ve been sucked into the world of Blue Planet II for the last seven weeks, your Sundays probably haven’t been the same.

Traditional sofa happiness has been replaced with outrage at a Puffin having its catch stolen after a 60-mile round trip, or horror after seeing a Bobbit worm.

If you haven’t seen a Bobbit worm yet – stick around.

Here are some of the more memorable moments from the second series.

You’d be forgiven for associating bird-eating on a Sunday with gravy and vegetables. These giant trevally, however, have taken things to a whole new level.

They usually hunt on their own, but here 50 of them teamed up to take down a flock of birds going a bit too close to the water.

First of all, THIS IS A WORM WITH TEETH.

Second of all, it’s named after a woman who cut off her husband’s penis with a knife.

Lorena Bobbitt carried out the attack in the 1990s. Her then husband, John Wayne Bobbitt, had it surgically reattached and went on to be an adult film star.

You’re looking at it in a different way now, aren’t you.

A shell suit with a difference 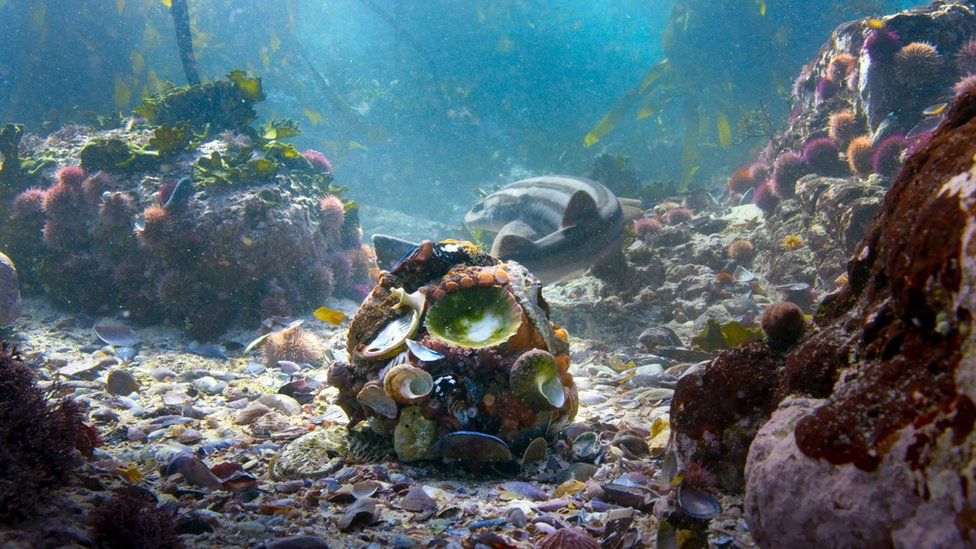 This octopus is more intelligent than all of us. Why? Because when a shark wanted to eat it, it HID FROM IT IN PLAIN SIGHT.

While humans would probably splash about in a mad panic, this eight-legged creature stayed perfectly still under shells it collected, then just swam off.

The jellyfish you don’t want to mess with

You’d think 30-metre long threads containing stinging cells which could kill a human would be enough to put you off swimming near a man o’ war jellyfish.

Clearly this fish didn’t get the memo.

Being slowly liquefied by powerful chemicals isn’t a good way to go in anyone’s books.

Turns out whales sleep too

If this was a jar of pickles you’d be chewing for a long time. 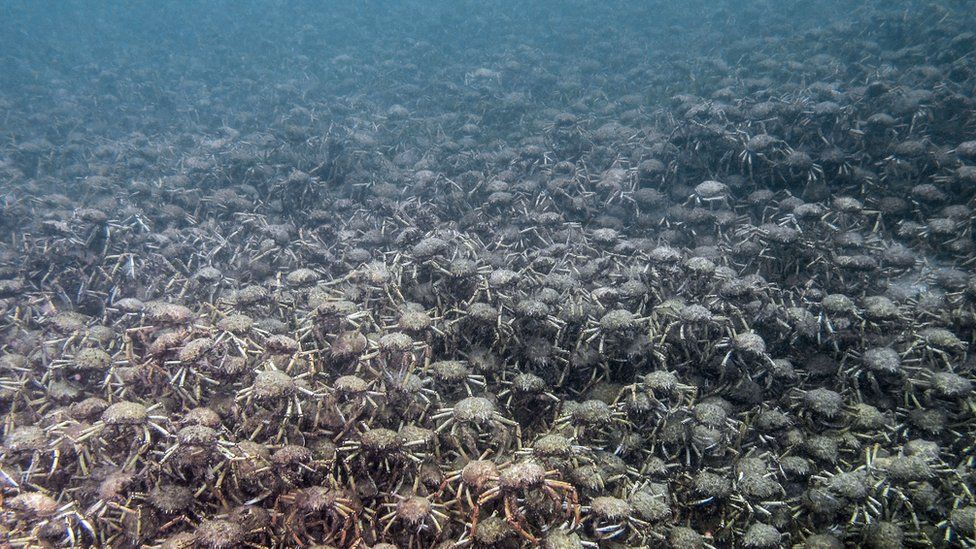 Image caption Teamwork makes the dream work: Thousands of giant spider crabs stick together off the coast of Australia to stay protected from predators

In one episode a Puffin left its mate and chick and flew a 60-mile round trip to bring back dinner for the family.

National outrage followed when it turned out many were pick pocketed by larger, faster birds as they neared home.

Don’t worry, you won’t suddenly have to fill your Sunday evenings with family dos or something worse like exercise – another major series is on the way in the New Year.

It’s called Dynasty, and producers say the idea is to follow a family for a number of years “to see the ups and downs”.