Victor de Waal was 10 years old when he arrived in England as a refugee in 1939. His grandfather, Viktor von Ephrussi, was almost 80.

The Jewish Ephrussi family had lived in Vienna until the Nazi takeover in 1938.

Their property was seized and they were forced to flee.

The rise and decline of the Ephrussis and the story of their collection of 264 little Japanese carvings, known as netsuke, was told in Edmund de Waal’s best-seller, The Hare with Amber Eyes.

The family have returned to Vienna for a visit and Edmund de Waal’s father, Victor, now 90, said he wants to take Austrian nationality, under a new law that allows descendants of Holocaust victims to reclaim their citizenship, without renouncing their other nationalities. So Victor will remain British too. 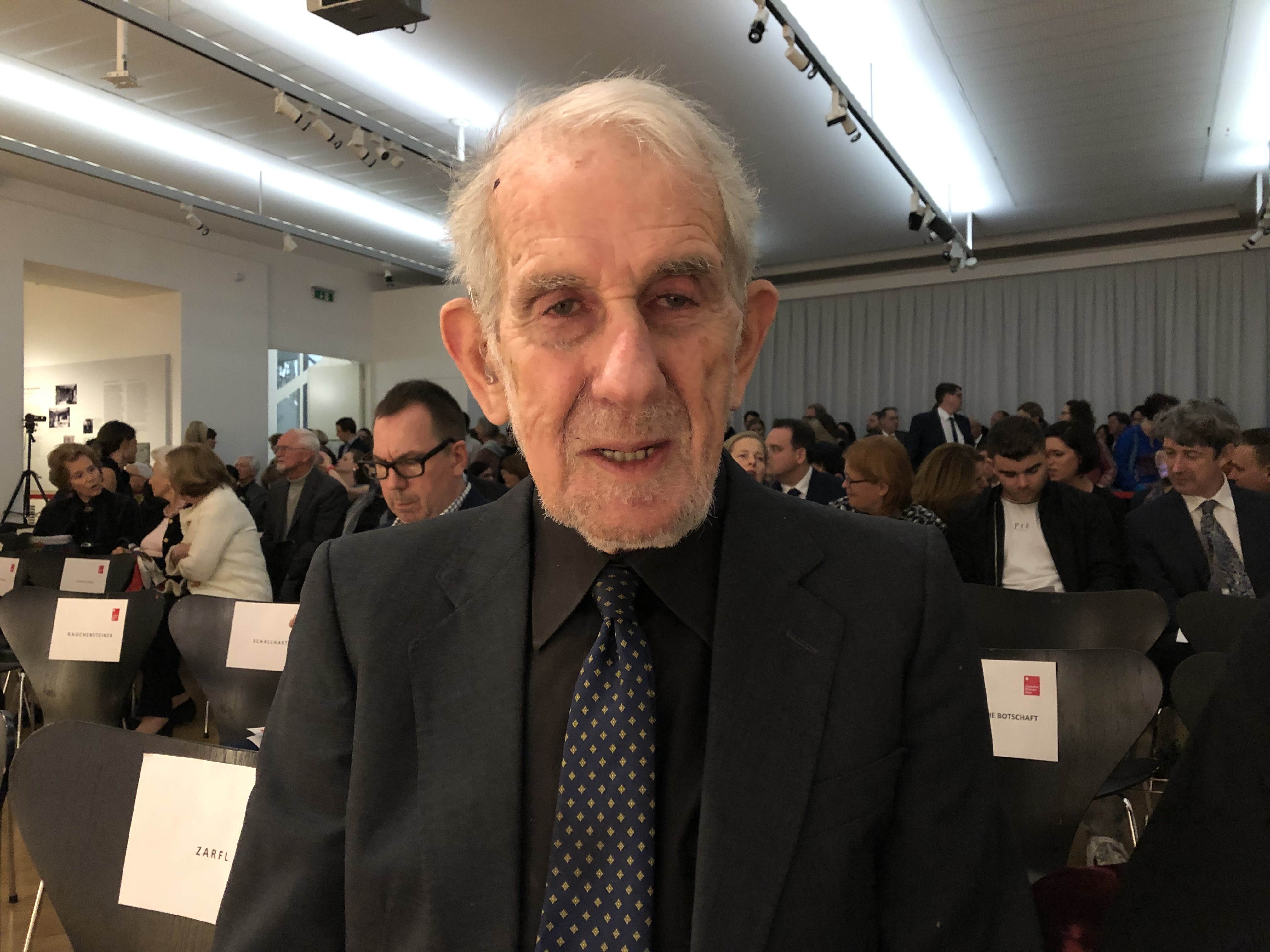 My grandfather was very proud of being an Austrian citizen. He would be amazed now

“It’s an extraordinary moment.” Edmund de Waal said. “I think for my father, the heart of that is really honouring his grandfather.”

Viktor von Ephrussi died stateless in England in 1945 and the writer and ceramicist says having his citizenship returned posthumously is hugely significant.

“We only exist because actually in 1939, some of the family were able to arrive in England right at the very cusp of the Second World War. [Viktor] had not just everything he possessed, stripped away from him, including his homeland, but also his citizenship.

The collection of netsuke was hidden by a former maid of the Ephrussi family during the Nazi era, and returned to Victor de Waal’s mother after the war.

Many of the carvings, including the famed hare with the amber eyes, are at the centre of a new exhibition about the family at Vienna’s Jewish Museum, and more than 40 descendants, including Victor de Waal, have gathered in Vienna for the opening.

Edmund de Waal auctioned 79 of the figures last year, to raise money for refugees. But he has loaned the remainder of the collection to the museum long-term, and donated the Ephrussi family archives.

“I love this collection of netsuke, deeply, profoundly,” Mr de Waal told the BBC, describing his decision to bring the carvings to Vienna as a “very strong political statement”.

“These are things I would choose to have by my bedside all the time, but actually to have them here in Vienna… makes it possible to tell not just the story of 1938, 1939 of the cataclysm and destruction of Jewish life in the city, but also it brings you back to the present day, and with what’s happening today in Europe.”

Speaking at the opening of the exhibition, Austrian President Alexander Van der Bellen warned that Europe was witnessing the rise of a new right-wing extremism.

With the gift of the Ephrussi family archives, he said: “Vienna is receiving a page of its own history, with some of its brightest and darkest times.”

For Edmund de Waal, history is “unfinished”. He says he is concerned about rising anti-Semitism and increasing polarisation.

“It would make a lot of sense in many ways, especially if Britain, the United Kingdom really comes out of Europe, which is so, so stupid and so unnecessary and damaging to everybody,” he said.

Another son, Thomas de Waal, says many other family members are likely to follow his example. While the move is symbolic, he sees it as practical for British citizens faced with losing their European citizenship.

“I think it’s a very generous act by the Austrian state. I’m sure lots of us will be taking it seriously and probably applying for Austrian citizenship as well.”