Katy Perry was joined on stage at the Brit awards by two giant puppet skeletons – and you’re not alone if you thought they looked familiar.

Many viewers commented on the similarity between the puppets, and Donald Trump and Theresa May.

The skeletons’ outfits were similar to the ones worn by the British and American leaders when they met in Washington in January.

One wore a dark suit and red tie, while the other wore a red blazer and skirt.

Katy has not confirmed that the skeletons were meant to be Donald Trump and Theresa May, but she did retweet an Idolator post on Twitter which stated it as fact. 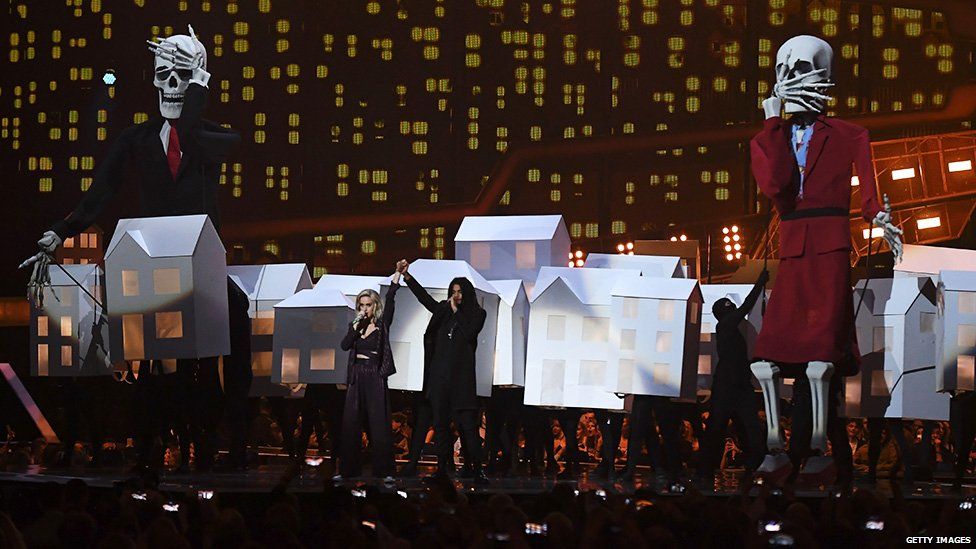 The skeletons even held hands like Donald Trump and Theresa May did during their meeting. 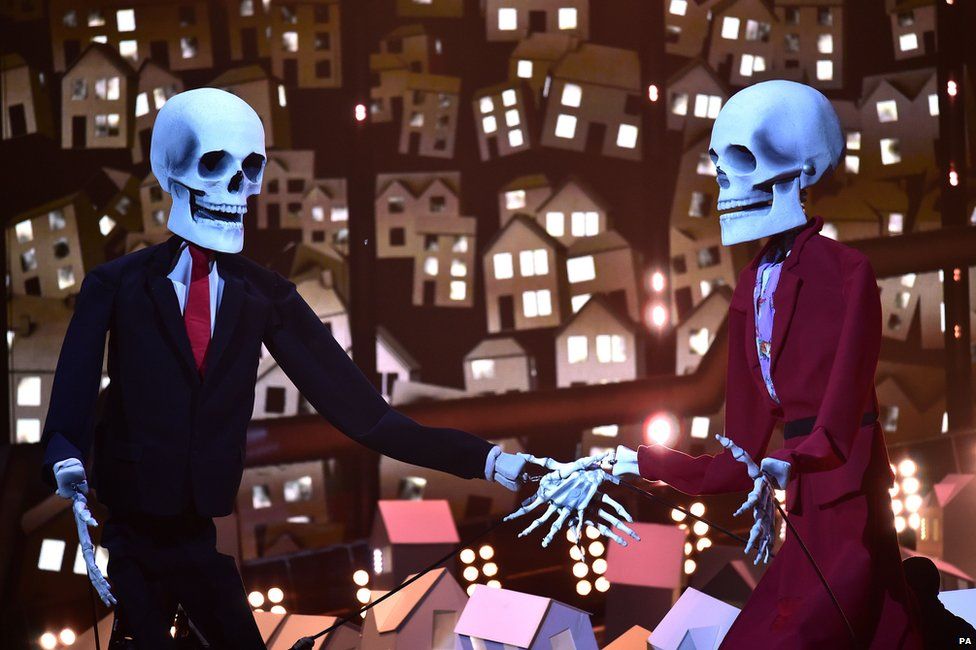 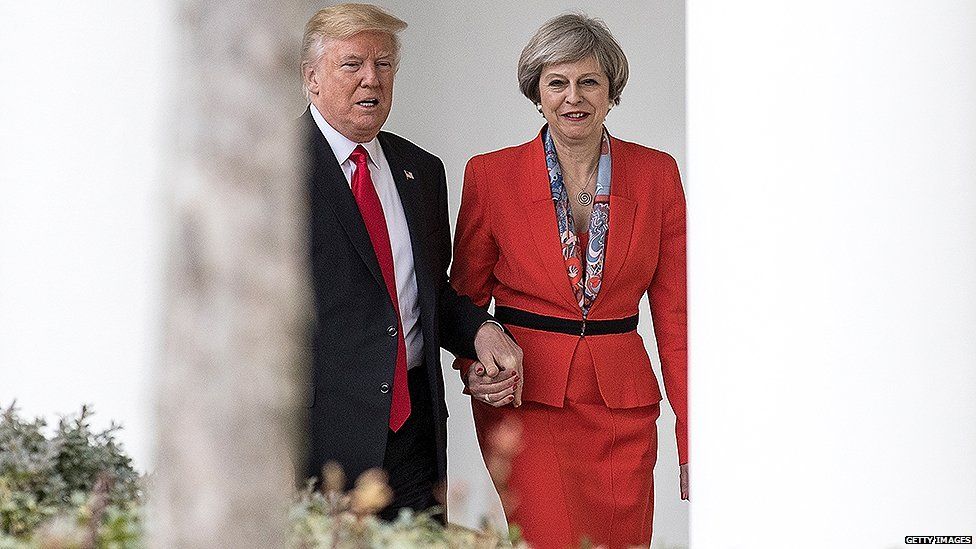 During the performance one of Katy’s dancers, dressed as a house, fell off the Brits stage and into the audience.

She previously performed the song, which she describes as “purposeful pop”, at the 2017 Grammy Awards, where she wore a armband with the message ‘persist’ written on it.

Actor with OCD 'fears injury when sitting down'