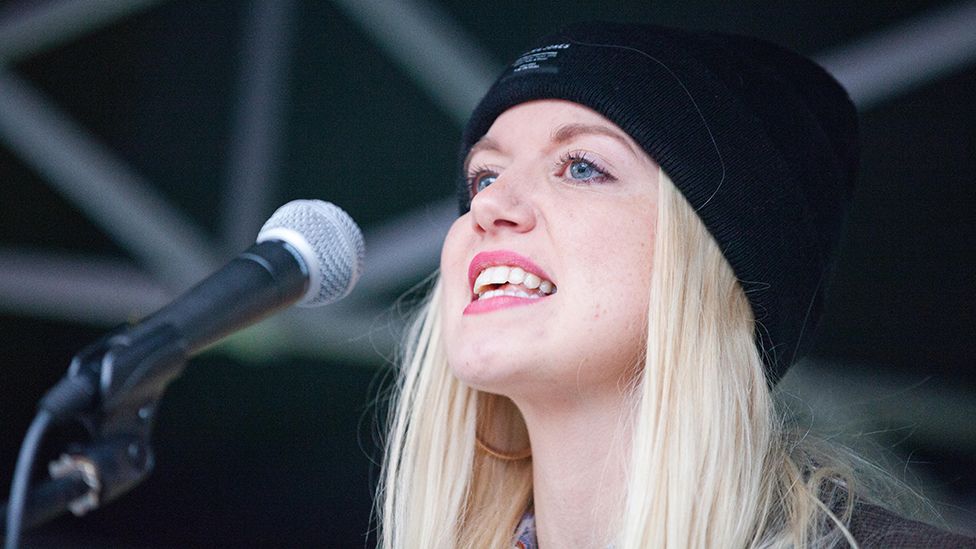 Image caption Shelly Asquith is vice president of the NUS

If you’re a student in the UK, chances are the NUS is the organisation that represents you.

It’s a collection of students’ unions from individual universities but it campaigns on global issues.

Because of this it’s recently been accused of not properly representing students, being out of touch and even of harbouring anti-Jewish views.

But the NUS has told Newsbeat it’s an “incredibly strong” democratic organisation “that’s far from over”.

It’s all to do with Tom Harwood, a 20-year-old Durham University student.

He’s just won an election to represent his students’ union in the NUS, despite running a campaign which mocked it from start to finish.

To give you an idea, here’s one of his campaign videos in which he pledges to “defeat ISIS using NUS boycotts”.

He’s making fun of the fact that the NUS gets involved in controversial debates.

Among them, it’s called for prisons to be abolished and voted against Syrian air strikes.

“My issue is that the NUS doesn’t represent students any more, and it hasn’t done for a long time,” Tom Harwood told the BBC’s Daily Politics.

“It’s run by a very narrow group of people who come from an even narrower spectrum of opinion and they’re in no way representing the issues that actually matter to students. 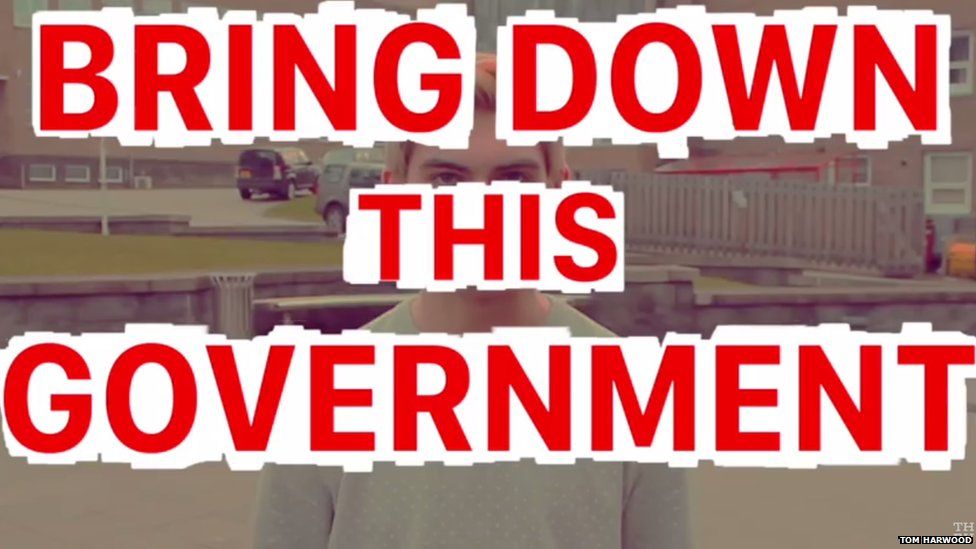 “I think they do a very good job of undermining themselves to be honest, with their banning of newspapers on campuses around the country, with their boycotting of Coca-Cola because they have factories in Israel, with all the issues that they focus on that have nothing to do with the actual lives of students.”

This is just the latest in a long line of criticism that’s been aimed at the organisation.

Back in May several universities voted to disaffiliate themselves from the NUS in protest over its new president Malia Bouattia.

Her views on a conflict between Israel and Palestine have led to some people claiming she’s racist against Jewish people, something which she denies.

She’s also been accused of supporting the Islamic State group, after she refused to vote for a motion condemning them.

But she claims she had issue with its wording, which seemed to implicate all Muslims in terrorism, and once this was changed she approved it. 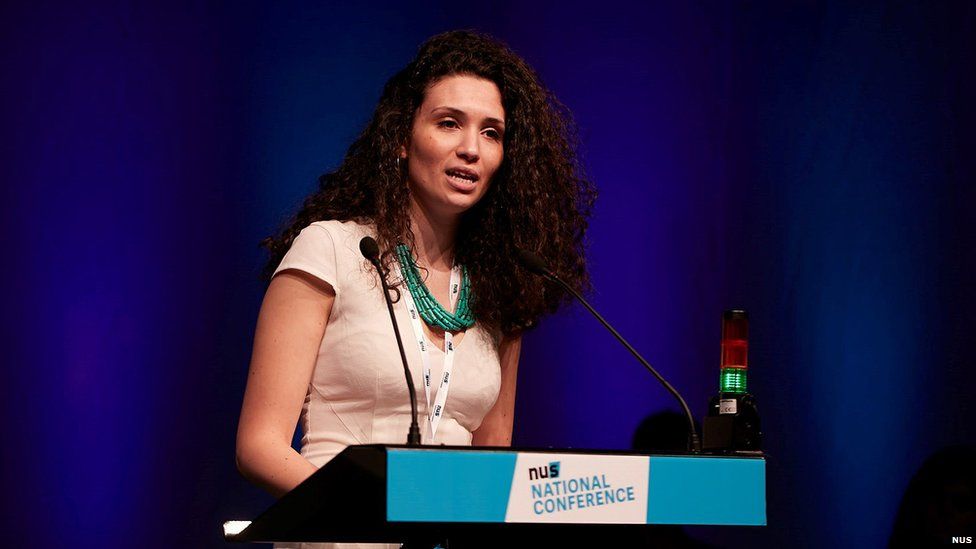 “Some of the anti-Semitism that’s gone on particularly I think is very, very, worrying,” said Labour MP David Lammy.

“I know, for example, that there are some real issues around the cost of student housing, that’s something that you’d hope to see the NUS really taking up much louder than the position it takes up [on global issues].” 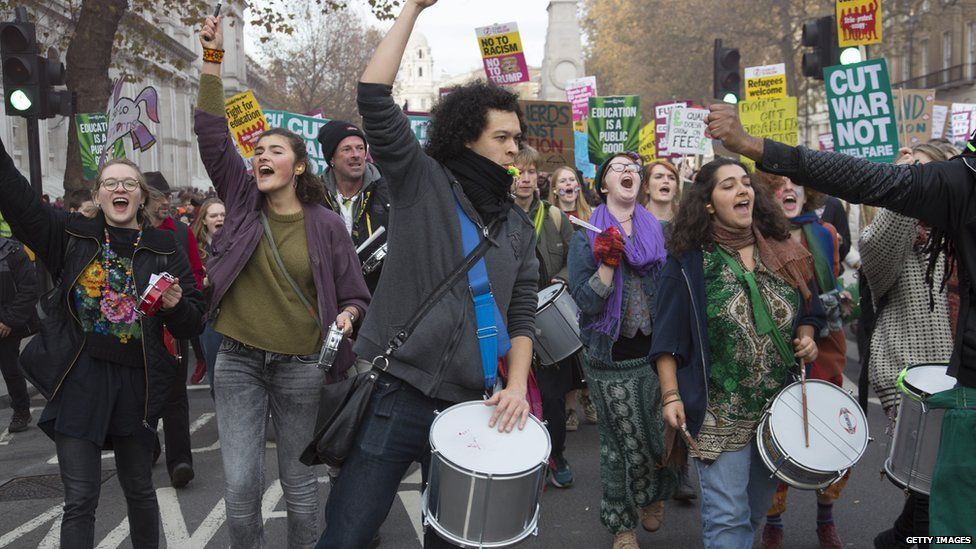 She was involved with student politics herself, but says the NUS “has lost credibility and legitimacy”.

What does the NUS say?

Richard Brooks, NUS vice president for union development, has told Newsbeat criticising the organisation for its focus on international politics is unfair.

“Yes, student unions will always want to talk about global issues,” he said.

“That is a student’s right because for some students those are their local issues and people respect that.

“But in reality 90% of the things we are doing day to day are very much what you would expect a national organisation that represents student unions to be doing – cost of living, housing, transport, sports teams, societies and how we can make sure students are living better and more healthily in their communities.” 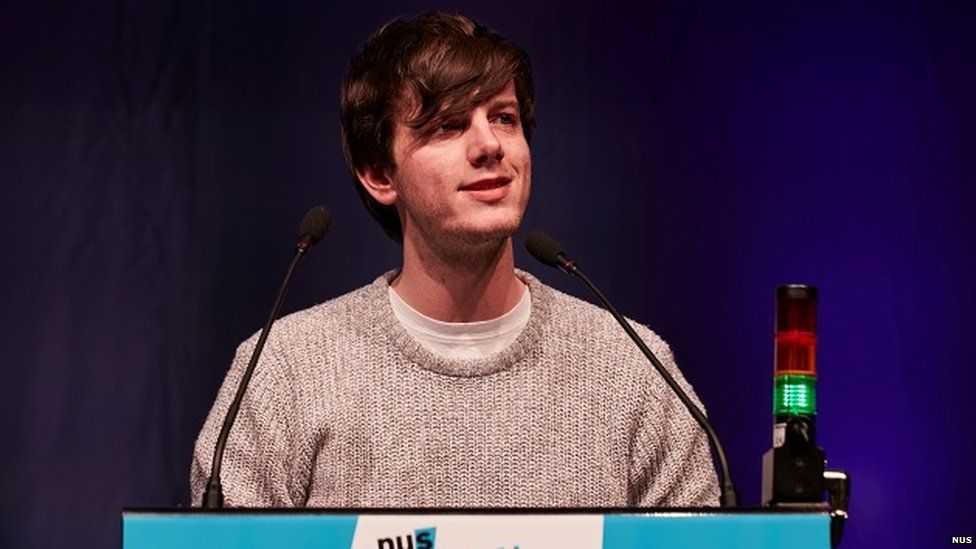 With this in mind, we asked Richard whether it was helpful having a president who’s so outspoken in global debates.

“I’ve always been honest about the fact that I didn’t support Malia in her election and we disagree on any number of issues.

“But I think we respect the fact that she has been democratically elected.

“As much as she has very outspoken views on a number of different international issues, some of which I very strongly disagree with, she also, like any other NUS president, spends a lot of her time talking about very specific issues that are impacting students.”

And what about Tom Harwood’s contention that the NUS is full of people with a “narrow spectrum of opinion”? Richard’s response is simple.

“The NUS is a democratic organisation. If you’d like a different political direction, by all means take part and engage in it.”

Lab v lecture hall: Whose tuition fees are you paying?

The teacher getting child workers back to school