The former Scotland international, whose charity the My Name’5 Doddie Foundation has raised more than £5m for MND research, is calling on “every MND patient in Scotland” to join him.

The MND-Smart programme will trial new drugs, existing drugs and a placebo.

It is being described by researchers as the biggest development in a generation.

Motor neurone disease (MND) sees muscles waste away after a loss of nerve cells that control movement, speech and breathing.

There is no effective treatment or cure, and half of the 1,500 people who are diagnosed each year die within 24 months.

MND-Smart, which is being led by a team of researchers based in Edinburgh, may offer some hope. 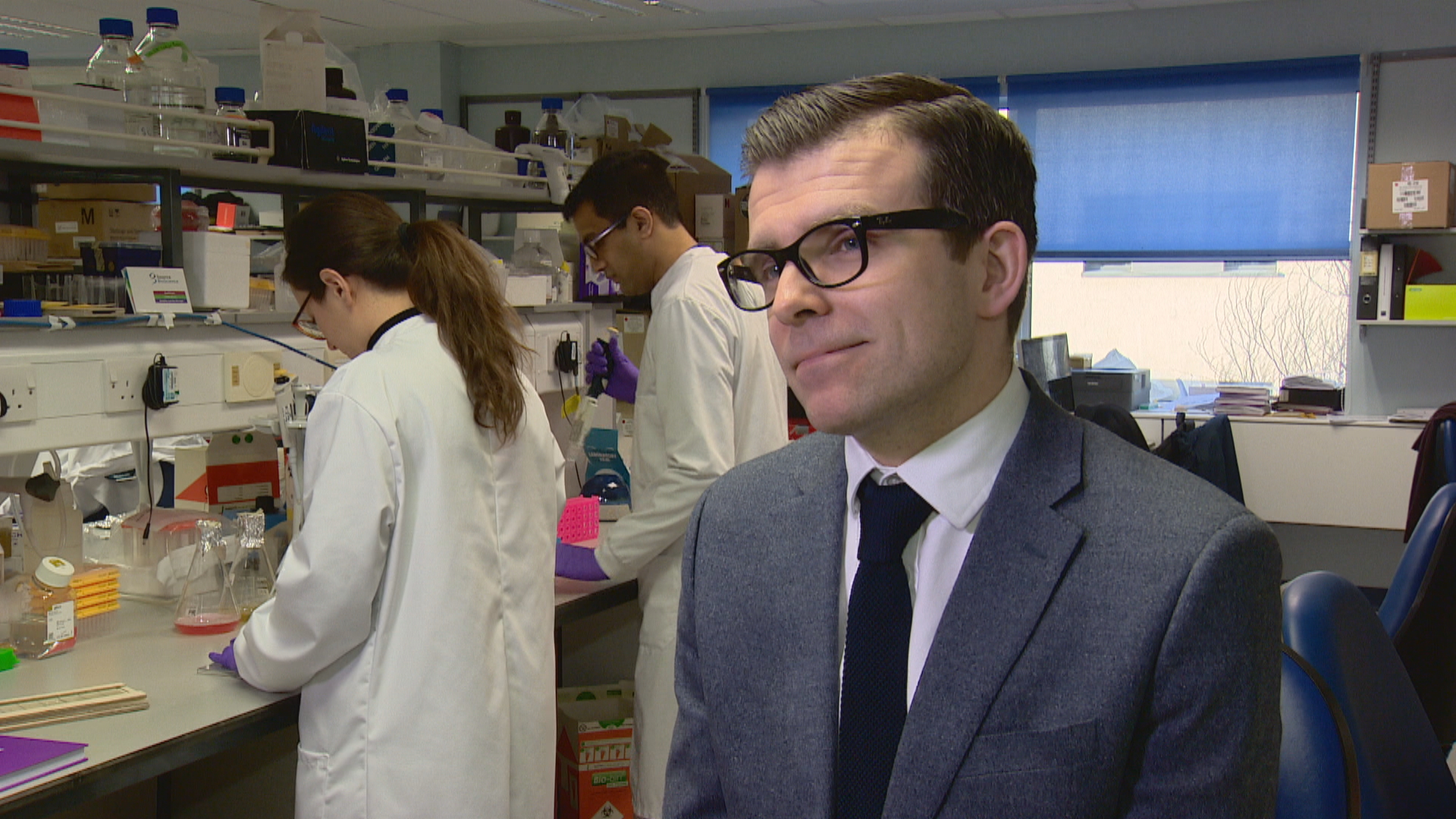 It’s built on donations from people who have lost loved ones to this disease. People have died to make this happen and that’s why this is so important

Lawrence Cowan, chairman of MND Scotland, told BBC News almost every MND patient in Scotland will be eligible for the trial.

He said: “This is a giant leap in our fight back against MND. This is bigger than anything we’ve ever seen before in terms of drug trials.

“With MND there’s only been one drug available to help stem the progression of the disease. Now this totally changes the game.

“It is also built on donations from people who have lost loved ones to this disease. People have died to make this happen and that’s why this is so important. This trial is big. It’s bold and it’s coming to beat MND.”

He allowed cameras to follow his family for two years after his diagnosis to raise awareness of the condition and of his charity.

The result was the recent BBC TV documentary Doddie Weir: One More Try.

In the programme he spoke of his desire to find a cure, or a treatment to slow down and eventually reverse the symptoms of the disease.

He also spoke of his frustration at the lack of treatment options.

“It’s a great thing to be happening in Scotland and every patient of MND now has a positive step.

“I think 2020 will be an exciting time in the fight against MND.”

MND-Smart – what is it all about?

The one existing treatment for MND can extend life for two or three months.

The new clinical trial will allow about 750 MND patients to take part in tests of potential treatments.

Funding has come from the Euan MacDonald Centre, MND Scotland and My Name’5 Doddie Foundation.

While other trials focus on a single drug or treatment, MND-SMART will test several at the same time.

Patients taking different treatments will be compared to a single group who receive a dummy drug called a placebo.

They are more likely to receive an active treatment, but the trial is also designed to be flexible so researchers can change the drugs being tested as results emerge – the “smart” part.

New drugs can be added and medicines that are not effective can be dropped.

It’s an approach that has not been used before in MND research anywhere in the world.

They will test new drugs, but also medications that are already licensed for other conditions, such as Alzheimer’s Disease or anxiety and depression.

Repurposing drugs like this can dramatically speed up the time it takes for effective treatments to become more widely available.

Dr Pal, who will be overseeing the MND-SMART trial, admits it has been a challenge to find effective treatments up until now.

“That’s partly because the mechanism by which the brain cells don’t work properly isn’t fully understood,” she said. “And this condition progresses very quickly, so actually trying to encourage people to participate in trials and following them through until later stages of the illness is very difficult.”

Anyone with MND in the UK can register their interest in taking part in the trial at the MND-Smart website.

Windrush scandal: One year on

Police officer tells how 'Margaret Fleming case stuck with me'