He’s also offered a meet and greet, with photo, depending on how far away the winner lives.

The item is described “very good” condition but mentions there are “signs of age”.

Two years ago Abz from 5ive listed his Best Newcomer Pop Act award from 2005 and it finished on more than £1m.

“It hasn’t been professionally polished, there are smudges that won’t come out without a pro polish,” Paul adds in the description. 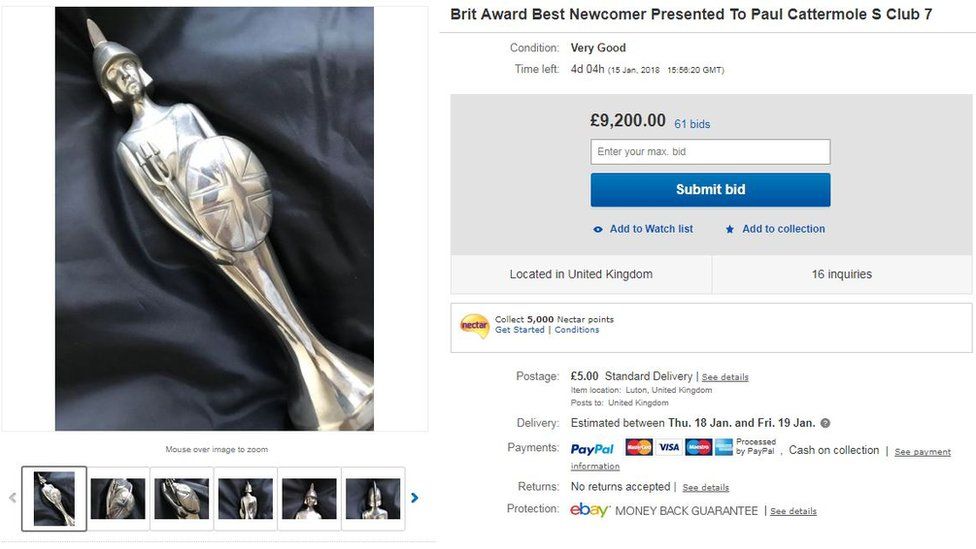 They became famous initially for Miami 7, a children’s sitcom in which they all moved to America to try and become famous.

Bring It All Back, their first single, was the theme song to the show and kick started their pop music career.

A year later they won the Best British Newcomer at the Brit Awards.

There’s since been reunions of varying levels, but nothing seems to have stuck. 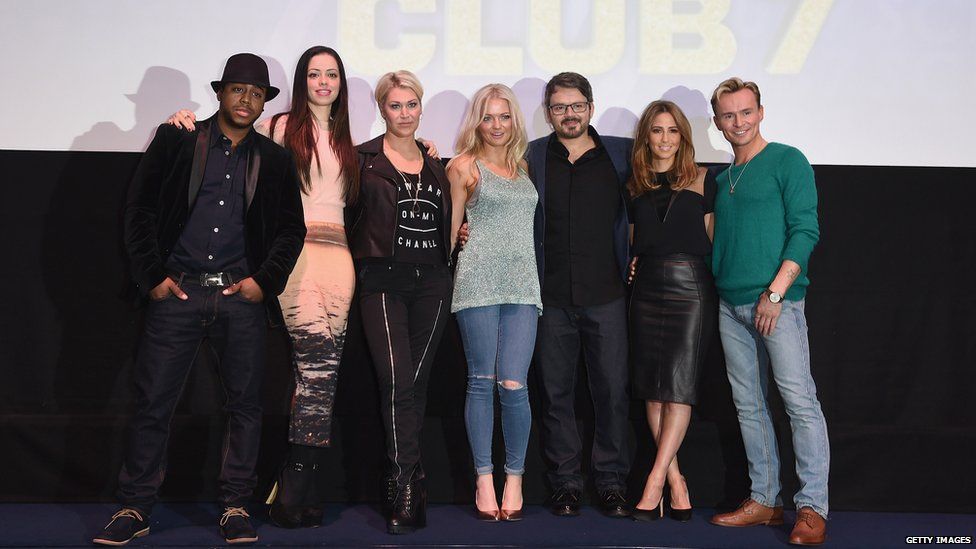 Image caption The band reunited in 2014.

Fast forward to 2017 and it’s possible to bid for Paul’s award.

So how much is it worth?

At the moment of writing this article it was sitting at £9,200 – but there are still four days left on the auction.

A spokesperson for the BPI, the people behind the Brits, says its value is affected by a lot of different things.

“If a David Bowie or Madonna award were to somehow come on the market you’d reasonably expect it to go for much more than say one for S Club 7 – no offence to S Club!”

“I would say it depends less on the value of the appeal and heritage of a Brit Award, and more on the appeal of the artist.

“And how much of a devoted fan base they have.”

“If a David Bowie or Madonna award were to somehow come on the market you’d reasonably expect it to go for much more than say one for S Club 7 – no offence to S Club!” says the BPI.

And he said they’ve become much more collectable since big named designers have been involved in what they look like.

So no-one knows how much it’s worth – we’ll just have to wait and see.