BBC Radio 1Xtra’s announced that DJ Logan Sama won’t be the presenter of the station’s new grime show – which was meant to start this Friday.

Logan’s tweeted a statement saying the BBC took the decision because of “ignorant and offensive comments” which he made on public platforms.

He said: “I understand this decision and agree these comments are indefensible regardless of context.”

The BBC won’t comment on individuals or say why it’s withdrawn its offer.

A statement said: “We never comment on matters concerning any individuals working with the BBC.

“Any allegations of inappropriate behaviour would always be taken extremely seriously and would be dealt with swiftly and appropriately.” 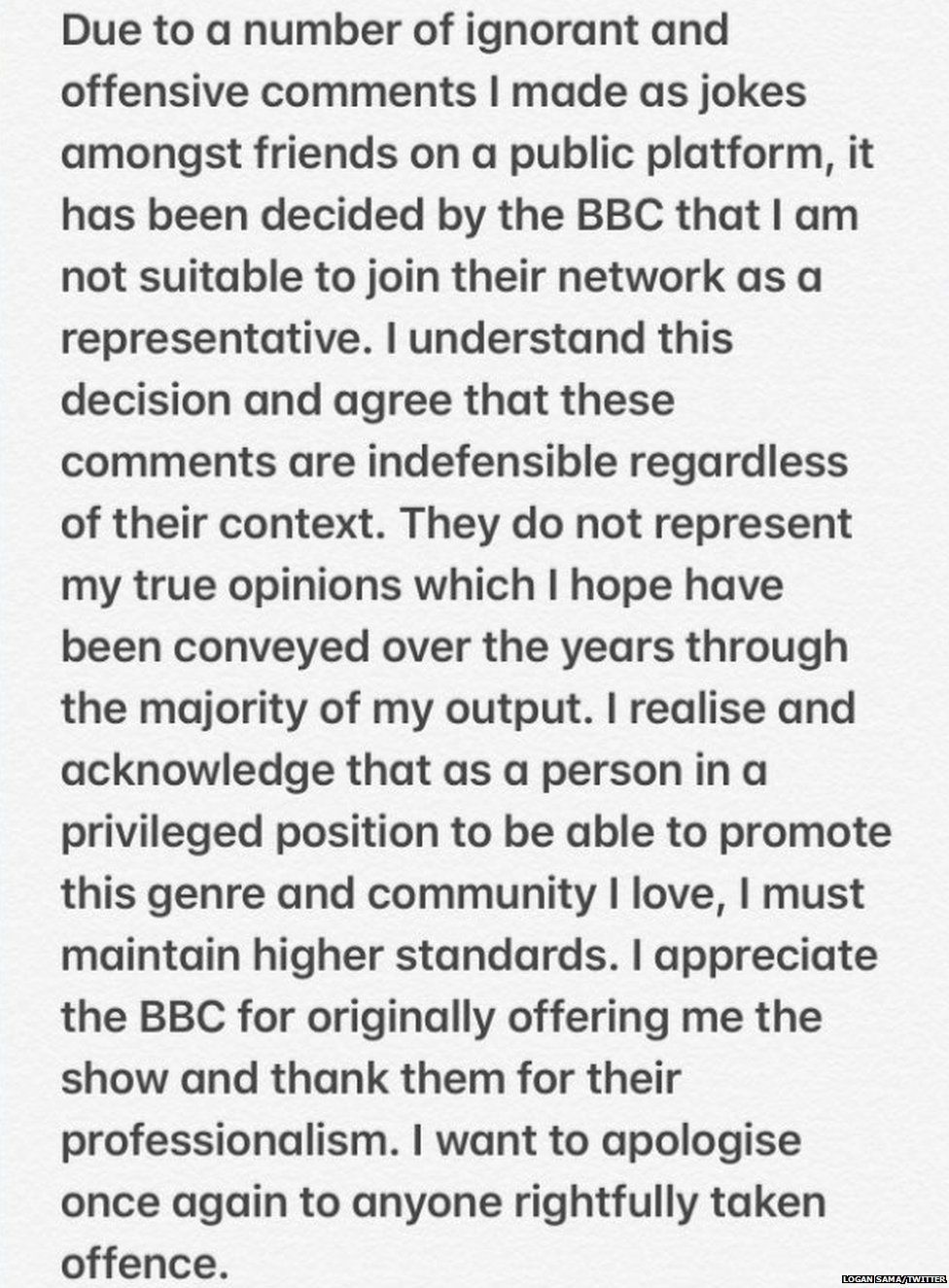 Logan Sama’s past online comments were brought up by current 1Xtra DJ, Twin B, during a Twitter exchange last week.

It was announced in October that Logan Sama would be joining 1Xtra for a new grime show, but that offer’s now been withdrawn.

A new presenter for the Friday 11pm-1am show will be announced soon. 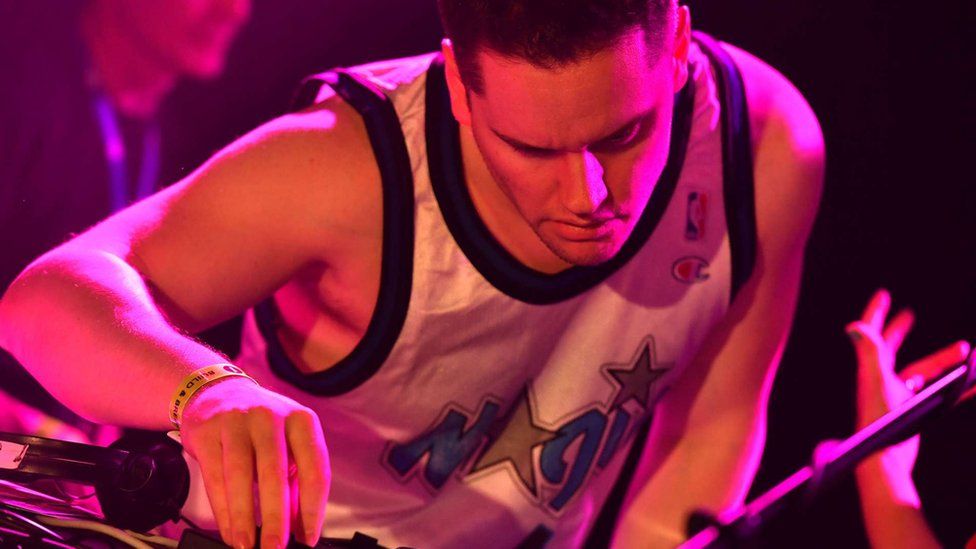 Logan Sama first appeared on the BBC in MistaJam’s 1Xtra show in 2014 and he covered Sian Anderson’s show on the station for three months during her maternity leave the following year.

He’s appeared in various slots across Radio 1, 1Xtra and the Asian Network as well as DJ’ing on Kiss FM.

Logan also had a Radio 1 Residency on the third Thursday of every month from 2016 until this year.

Dead Pixels: A comedy 'about gamers for gamers'