Guitarist Mike Shinoda said the trophy was for “his memory, his talent, his sense of humour, to his joy”.

Chester, 41, was found dead at his home in California in July. A coroner said the star apparently hanged himself.

“All of you tonight, whether you’re a fan or an artist, I want you to take a moment to appreciate what you’ve got and make Chester proud,” Mike added.

The band picked up the favourite artist in the alternative rock category gong at last night’s awards.

Linkin Park recently announced they’ll release an album in December. The songs featured will be from live recordings from the band’s One More Light tour. 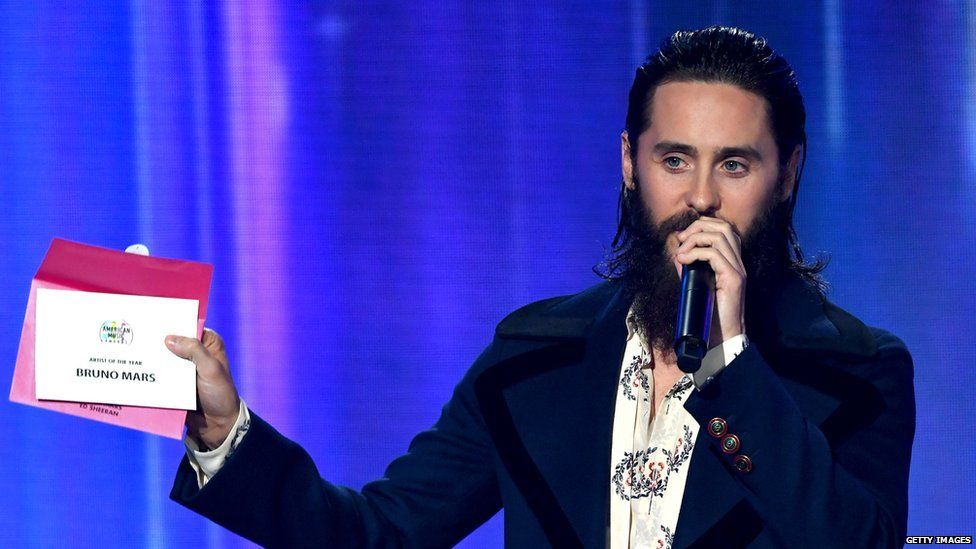 Bruno Mars was the night’s big winner at the star-studded ceremony in Los Angeles.

The singer, nominated for eight awards, won seven including artist and video of the year.

His album 24K Magic was also crowned best pop/rock album, although as he’s on tour in Brazil he accepted the awards via a video recording from his tour bus.

Niall Horan was named best new artist while Luis Fonsi, Daddy Yankee and Justin Bieber picked up the best collaboration prize for their efforts on Despacito. 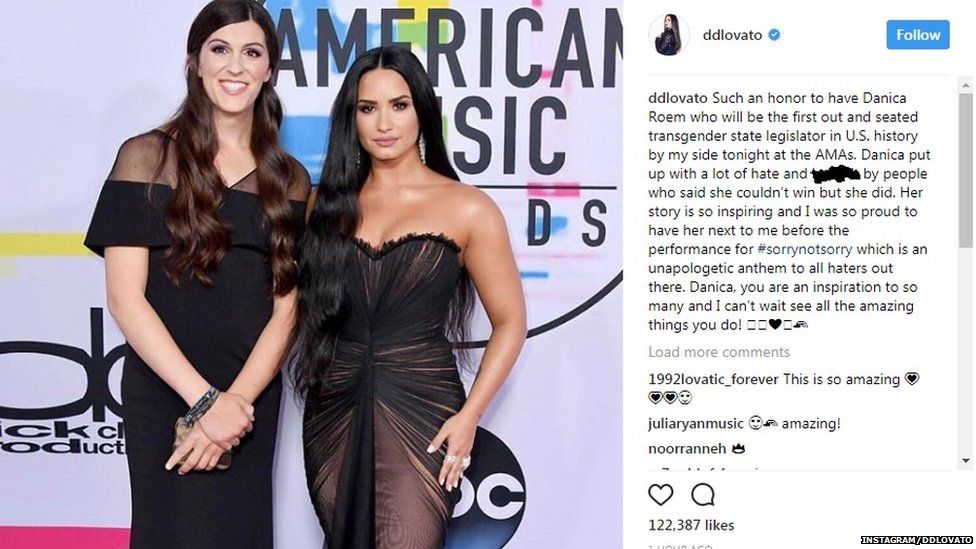 Image caption Demi posted a photo with Danica on Instagram

One of the night’s other performers was Demi Lovato.

The singer wrote on Instagram: “Danica put up with a lot of hate by people who said she couldn’t win but she did.

“Her story is so inspiring and I was so proud to have her next to me before the performance for Sorry Not Sorry which is an unapologetic anthem to all haters out there.” 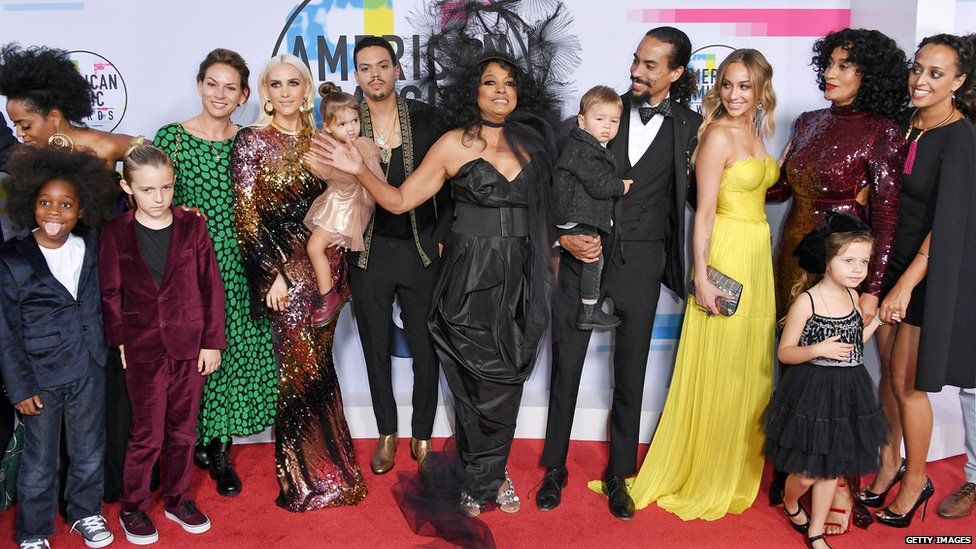 Elsewhere Motown icon Diana Ross made it a family affair as she collected the lifetime achievement award.

The 73-year-old was joined by several generations of her family including her daughter, actress and presenter Tracee Ellis Ross. 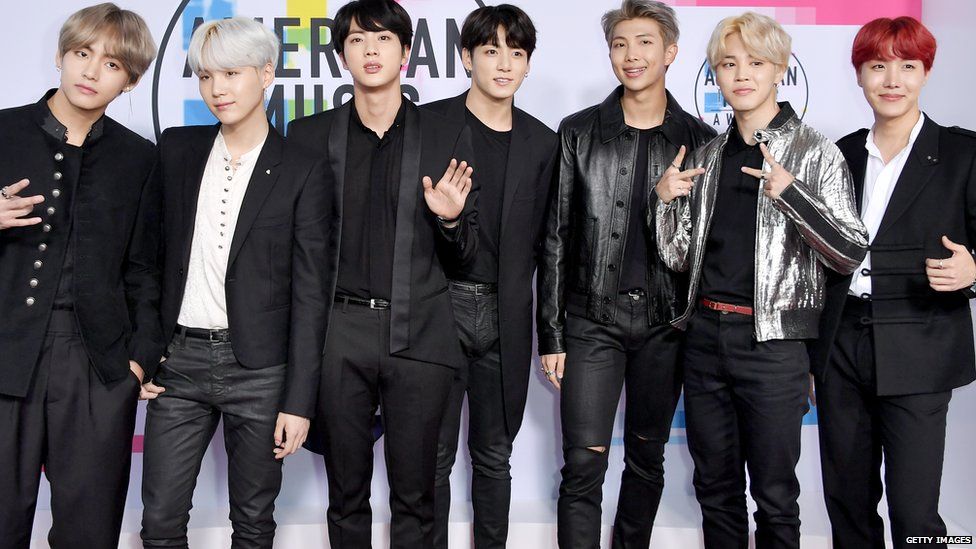 Image caption BTS performed their hit DNA at the event

One of the biggest cheers of the night was reserved for K-Pop act BTS.

Selena Gomez was accused of lip-syncing in her return to the stage after having a kidney transplant. 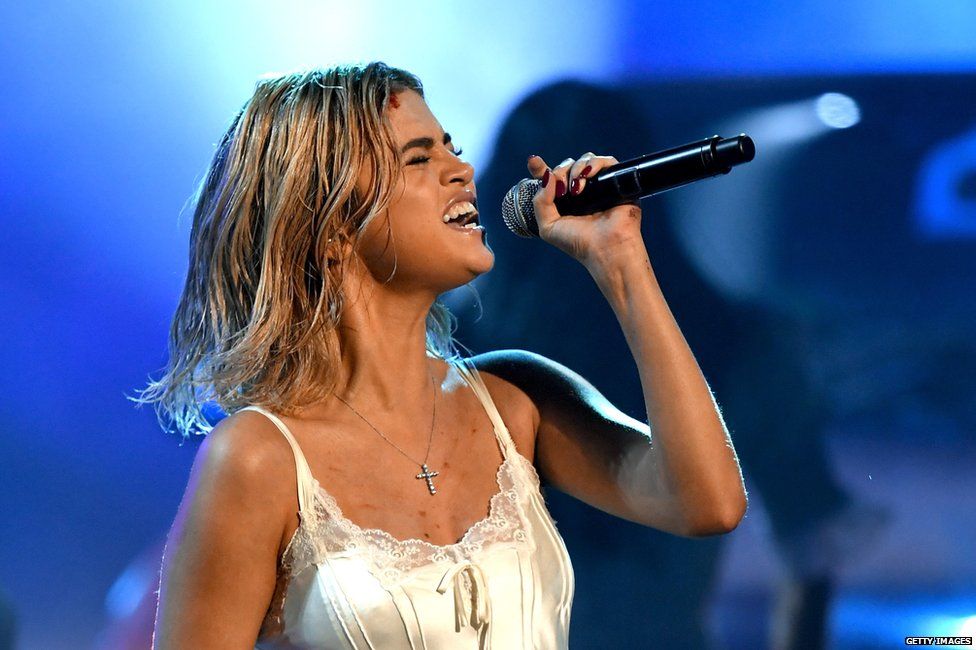 The 25-year-old performed Wolves and was her first live performance since she had a transplant earlier this year.

But some viewers were unimpressed, which ended with the singer shrugging and saying “thank you” to fans.