James Corden will get the first ever entertainer of the year prize at Europe’s Rose d’Or Awards.

The actor and comedian will be handed the prize at a ceremony in Berlin later this month.

The award is being given by organisers the European Broadcasting Union (EBU), which also puts together the Eurovision Song Contest.

The prize has been created to recognise the contribution to entertainment of one person over a year.

James Corden, 39, has presented the Late, Late Show in America since 2015.

The programme’s Carpool Karaoke has been a massive hit.

James Corden’s chat with Adele is the most popular Carpool Karaoke so far with 167 million views.

Trophies will be given out in other categories including reality and factual entertainment, arts, game show, entertainment, comedy, drama series, sitcom, TV movie, children and youth and virtual reality.

Murder, She Wrote star Dame Angela Lansbury, 91, is to be honoured with the prestigious Rose d’Or award for lifetime achievement. 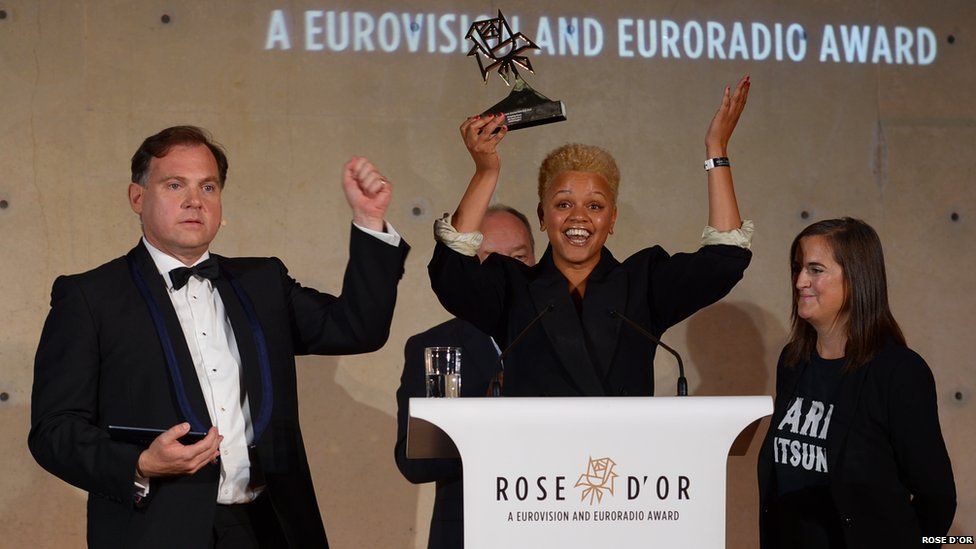 The award recognises people who’ve made an outstanding contribution to entertainment through their careers.

The Rose d’Or, or Golden Rose, awards festival was first launched in the Swiss city of Montreux in 1961.

They honour the best online content and radio and TV shows from the previous year and are open to submissions from around the world.

Last year UK shows picked up five of the six prizes on offer and has won in the best sitcom category every year since the awards began, with winners including Friday Night Dinner, Peep Show, Extras, The IT Crowd and The Inbetweeners.

The 56th Rose d’Or Awards will be held in Berlin on 19 September.